In 2014, I released a short documentary about Pittsburgh world musician Tom Moran. That film was mainly shot in one day in a local cemetery, with some additional live footage I shot over the years.

Now, in 2017, I am gathering all live footage, 3 sets of interviews, archive videos and other visual and musical delights to create a new short documentary to be released this year, with hopes of securing funding to complete a feature length documentary in 2018!

As I’ve been gathering footage and organizing clips and information, I realize that this film is special.  Tom is a very accomplished musician – on all things stringed – who pushes boundaries in an intelligent and thoughtful way.  His punk/indie spirit has lead him along a path from punk rock, to bluegrass, to oud and sitar music. He is very knowledgeable about American and world music, which has prompted me to dig up some musical geniuses from the past and present, both here and overseas.
I am inspired by his creative energy, so I can push the boundaries a little and create some interesting visual pieces in the film, as well as featuring some really awesome music!

I love music, and I love making films about and with music, so this project is of particular interest since I can delve even deeper into the world of music and musicians and celebrate what makes music so important and powerful, for both music makers and listeners. And recognize Tom’s unique talent and vision, and show everyone who doesn’t know him or his work yet! 😉

Stay tuned for more updates about this project, bonus clips, and a trailer coming soon!

Speaking of which, here is a bonus clip from one of the film shoots.  It’s an excerpt of an improv solo guitar piece by Justin Trafford of Suavity’s Mouthpiece, who joined the project to interview Tom, and discuss making music independently.

Check out my new documentary highlights reel, which includes clips from 4 documentaries I’ve self-produced, including finished works and works-in-progress: 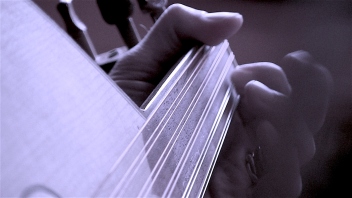 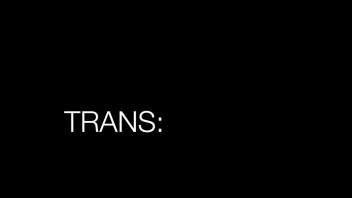 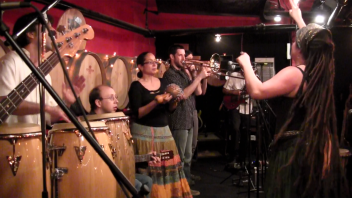 Looking for crew to help on future projects!

I’ve been working alone on projects due to shortage of resources, but planning on securing funds to produce a follow up film. I’m interested in meeting camera and sound people, preference given to women/lgbtq+/women of color. Digital video filmmaking, mainly creative & music documentaries. A follow up may include a trip to Cuba, so keep that in mind!
My work: vimeo.com/spinninggoat and see the tabs on the website above^.

See Bio/Contact page and send me an email with a little about yourself and we can arrange a meeting to discuss further. Thank you.

*I’m currently in Pittsburgh, but will consider crew that can travel.

Revisiting, reshooting, renewing this project I started withTom Moran in 2014, when I was just a wee filmmaker, lol. Lots of ideas and cool stuff swirling in my head. Shooting “in the wild” today 7/9, with special guest Justin Trafford of Suavity’s Mouthpiece. Let the music and attitude flow freely!